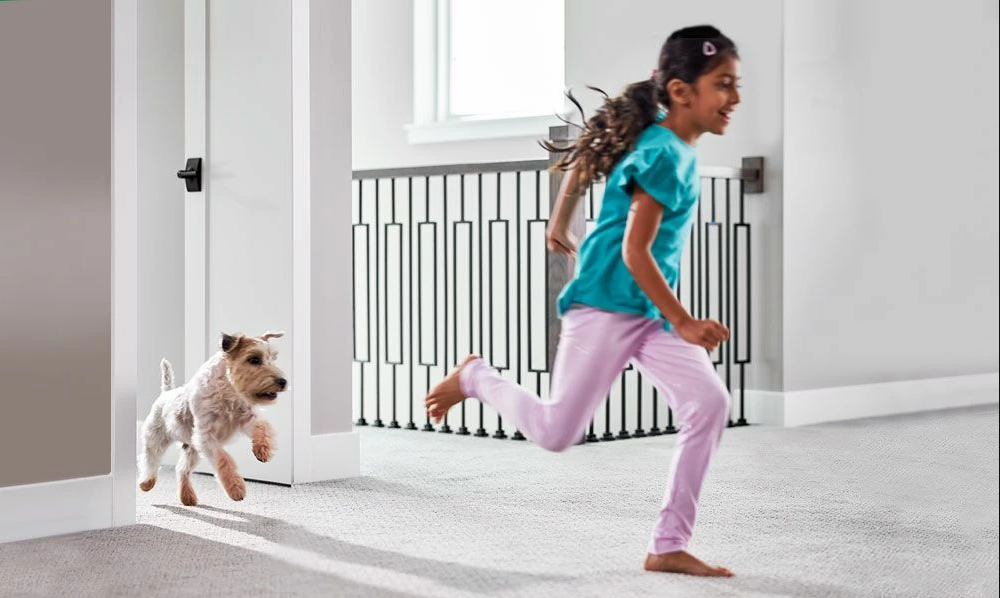 Deciding to add a new dog to your family is a big event, and one the entire family often gets excited over. But where can you go to find a furry new companion? Some people believe breeders are the only option, and won’t even consider adopting from a shelter. This is unfortunate for a couple of reasons: 1) these people are missing out on some wonderful potential pets, and 2) this decision is usually based on one or more common misconceptions about shelter pets.

According to the ASPCA, 3.3 million dogs end up in shelters every year. Contrary to popular belief, most of these dogs aren’t in the shelter because they had behavioral problems. In fact, the most common reasons dogs are given up have more to do with the owners than the dogs themselves—the owners are moving to a house that doesn’t allow pets, they can no longer afford to own a dog, or they no longer have time to spend with them.

In order to set the record straight about shelter pets, we’ve listed below some of the most common myths along with facts that show why these perceptions are untrue.

MYTH #1: All rescue dogs are older.

When people think of animal shelters, they usually imagine older dogs. For that reason, people who are hoping to bring home a puppy don’t think they’d find what they’re looking for at a shelter. But the reality is that there are plenty of puppies in shelters. In fact, the average age of an animal going into a shelter is 18 months, which is essentially still a puppy. That also means that about half the animals in shelters are younger than 18 months.

Often, when a family adopts a puppy, they aren’t aware of or don’t consider the amount of work required to actually housetrain, take care of and raise a puppy. Puppies have no obedience training, and they rarely come housebroken. As soon as things get hard, some owners get overwhelmed, give up and take the puppy to the nearest shelter … and those puppies are just waiting for a new owner to adopt them.

MYTH #2: It’s harder to adopt a dog than to raise a puppy.

Sometimes, people shy away from rescue dogs because they feel the dog will already be set in his ways. After all, as the saying goes, “You can’t teach an old dog new tricks.”

Except that you can. Even older dogs can be trained to obey, and they’ll become the most loyal companion you could ask for. Older dogs (beyond the puppy years) are likely to already have some training, including being housebroken. Just like with children, as dogs grow older, they become easier to teach, and they’re more likely to understand what you’re trying to teach them. When you adopt an older dog, you also don’t have to worry about how big he will get, because he is likely already full grown. A puppy may be small now, but he may surprise you with how big he eventually becomes.

MYTH #3: It’s too expensive to adopt a pet from a shelter.

While most shelters require an adoption fee, it’s typically pretty nominal and far less than what most breeders charge. And there are additional benefits of adopting from a shelter that can save an owner even more money. Most shelters have spent a lot of time and money housing, feeding, and caring for their dogs. They will likely have been treating the animals for heartworm, flea prevention, vaccinations against rabies, Bordetella, and distemper, and most likely will have spayed or neutered them. Knowing that these were all done properly in addition to the savings from all of these treatments, there are significant savings and conveniences of adopting a shelter pet. And beyond everything else, you and your family can feel good and take satisfaction from the fact that you are saving a life.

While there are some dogs that end up in shelters due to behavioral problems, most are there because their owners were simply no longer able to give them the proper care. Sometimes, their human got sick or developed an allergy. Sometimes, they simply moved somewhere they couldn’t keep a dog. In most cases, it’s not due to neglect or abuse — they were given up due to necessity.

These dogs are perfectly healthy and well-behaved, but they’re lonely. After all, the person they loved is gone. So if you’re looking for a new friend or companion, these dogs are ready and eager to show you how much love and joy they can bring to your life.

In the cases where a dog has exhibited behavioral issues, the shelter staff will usually be upfront about this because they want the dog to go to a home and person or family who understands his needs. They want to make sure it’s a good match for all involved.

MYTH #5: Big dogs aren’t safe to have around children.

There’s no evidence that bigger dogs are any more likely to harm a child than smaller ones. In fact, big dogs are more mature and less prone to acting out, and they’re usually very sweet, gentle and often protective of their little family members. So if you have small children, there’s no need or reason to shy away from bringing home a larger dog. In fact, it might be the best decision you could make.

MYTH #6: If you want a purebred, you have to buy from a breeder.

Many people want a purebred dog, and they assume that any dog in a shelter is going to be a mix. In fact, about one in four animals in shelters across the United States are purebreds, so the assumption that there are no purebreds in shelters is simply not true.

Meanwhile, purebreds can come with problems of their own. Many purebreds can develop a variety of genetic disorders and illnesses and can have a shorter life span. And of course, a mixed breed dog or mutt can give you just as much love as a purebred.

So keep an open mind when you’re thinking about adopting a dog. The most important factor to consider is whether you and your dog are compatible. If you’re focused in on a specific breed, you might walk right by an amazing dog that would be perfect for you.

MYTH #7: You can only really bond with a dog if you raise it from a puppy.

When you bring a dog home, it won’t matter where or how she came into your life. If you show her love and affection — with a treat or two sprinkled in — she will adore you, and you’ll love her just as much. You can form a loving relationship and a special bond with a dog of any age, and once you do, you’ll wonder how you ever lived without her.

Not only are most of the common perceptions of shelter pets that prevent people from adopting them untrue, but there are numerous advantages and benefits to adopting a dog from a shelter. Go visit a shelter to see for yourself and learn about this firsthand.

Today, there are millions of dogs in shelters just waiting to be embraced by a family, so when you’re ready for a pet, open your home to one and let them bring their love and joy into your life. You’ll be glad you did.

Chem-Dry is committed to supporting shelter pet adoption. We are proud to be partnering with Best Friends Animal Society® and helping to raise funds to support their network of animal shelters across the country and further their efforts to encourage rescue pet adoption through our Cleaning for the PAWS initiative.

To make a contribution to the effort to support rescue pet adoption, click the link below:

Check out Reviews for Johnson County Chem-Dry on Facebook and Google.